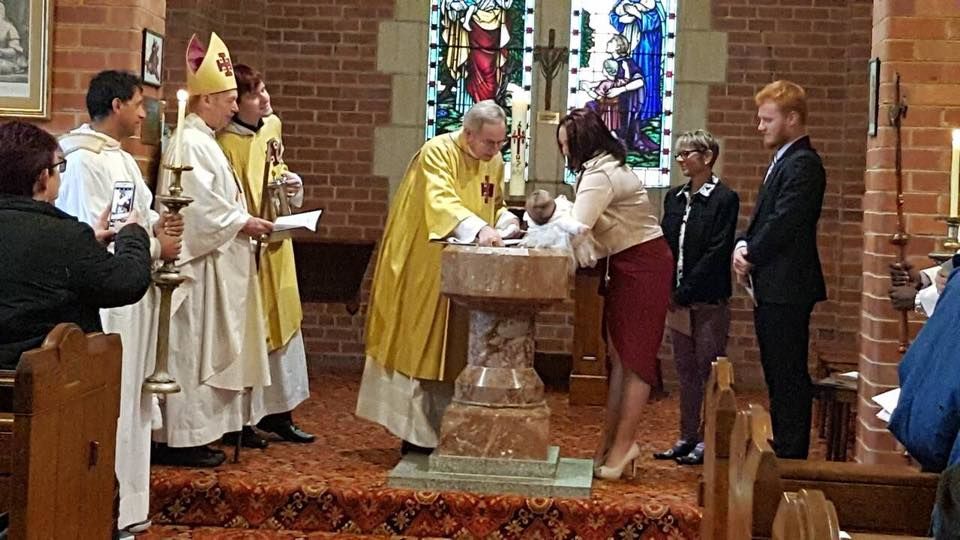 Baptism, at it's most practical level, means gaining membership to the Church.   There would be few Anglicans or Christians however, who would regard Baptism as only that.

Baptism is a sacrament where God is at work, an outward and visible sign of the inward and invisable action in which God engages, as the person being Baptised makes promises in the way that they seek to live and are then "washed" in the waters of Baptism.   This marks the beginning of a new relationship with God and the person who has been Baptised.

Who can be Baptised?

Baptism is open to anyone who seeks to belong to the Anglican Church of Australia.   Historically Baptism has taken place when children are very young and not able to answer for themselves.   When this happens, parents and godparents or sponsors make promises on the child's behalf.   Up until the last few decades, this would have been the norm.   There are now many people who have not been Baptised as a child.   We now see many more people asking for Baptism as adults.

What happens during Baptism?

Baptism involves making promises before God about the way one chooses to live, stating your belief in God (the Apostles Creed), then being ritually washed by sprinkling or immersion with water which has been blessed, and having the sign of the cross made on your forehead with Chrism oil.

Baptism in the Anglican Church is normally accepted as suitable for membership in any of the mainstream or Orthodox Christian traditions.

The normal practice within the Anglican Church when a person has been Baptised as a child is to be Confirmed by the Bishop or Archbishop at a later time.

If you wish to be Baptised or to have your child Baptised you will need to contact the Parish Priest who will explain the process. 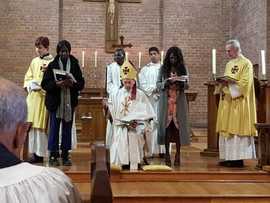 Confirmation June 2017 at All Saints.

Confirmation marks the point in the Christian journey at which you affirm for yourself the faith into which you have been Baptised and your intention to live a life of committed discipleship.   This affirmation is confirmed through prayer and the laying on of hands by the confirming Bishop. The Church also asks God to give you power through the Holy Spirit to enable you to live in the way of Jesus.

If you want to explore Confirmation, it is important to see Confirmation as a part of your journey in faith in Christ and not in isolation.   When you speak to the Parish Priest, he will invite you to attend a Confirmation course.   This is a good way to explore your faith with others who are thinking about Confirmation and is a safe place to ask questions you have about God, Jesus and the journey of faith. 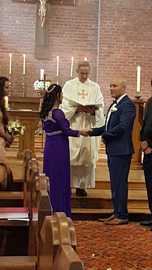 Marriage during Mass at All Saints 2018